Things to See in Chattanooga, TN 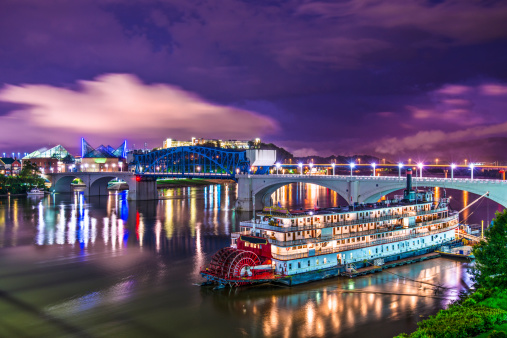 Chattanooga is a city in southeastern Tennessee that sits along the Tennessee River in the foothills of the Appalachian Mountains. It is the fourth largest city in the state according to World Population Review and contains a plethora of sights to see and things to do. If you are looking for some of these things to see in Chattanooga, you have found the right post. Read on to discover some must-see places in Chattanooga, TN!

The Tennessee Aquarium is located in the Chattanooga River Market at 1 Broad St. It first opened in 1992 and houses hundreds of marine animals, hosts many different events, and even has an IMAX theater that plays daily movies depicting marine life. If you’re interested in learning more about life in the sea, and enjoy witnessing sea animals up close and personal, go check out the Tennessee Aquarium today!

Ruby Falls is a series of underground waterfalls located in Lookout Mountain. The falls total 145 feet and were accidentally discovered by a man named Leo Lambert in 1928 while he was on an unexpected journey within Lookout Mountain. Lambert named the falls after his wife, Ruby, and were opened to the public in 1929. If you visit these falls, you have the option of going on an underground cave adventure or ziplining. For these reasons, we highly recommend visiting Ruby Falls.